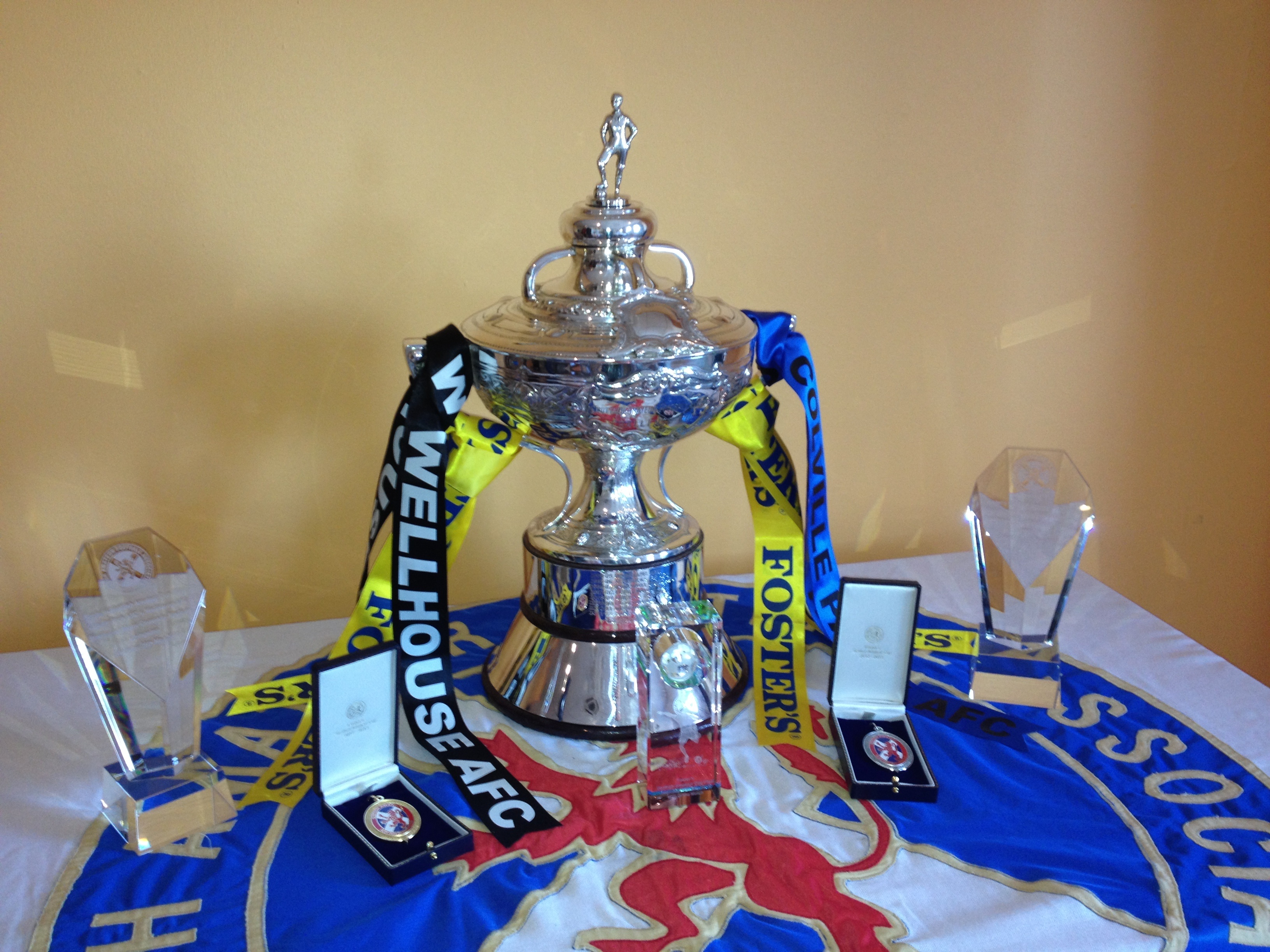 In the opening spell the game lived up to the hype with Dorrans testing the Colville keeper Longmuir in the third minute before the Lanarkshire men  took control with a super goal eight minutes later. The goal was a product of neat, tidy well rehearsed movement with the busy Miller finding Murray who quickly slipped his marker before laying the ball across the goal line where McKay was waiting to force the ball home.

The goal gave Colville Park AFC the authority to more or less dominate the rest of the half while Wellhouse AFC movement was without any edge to their play. A sort of dull inevitability descended on the game with the only other excitement coming for a rare slip or the time Darren Logan blocked a shot from McKay before the interval.

However, the team talks must have worked there magic for after the break proceedings livened up somewhat. Colville Park AFC, driven on by Alex Clearie was the first to show, but the predatory McKay could only find the side netting on this occasion and they would pay a price as the ball was cleared up field.

Quickly off his mark Chris Boyce entered the 18-yard box but with no immediate threat evident he was impeded by Garry Tierney, leaving both players requiring treatment and the match official no choice but point to the spot. When matters cooled down Andrew Dorrans stepped forward convert in style.

Play continued in excitement mode and as the game moved towards the hour mark the Colville Park AFC captain Jamie Daily would save his team with a clearance off his goal line that left Wellhouse cursing their luck. At this time you could not pick a winner but with 83 minutes gone a moment that would test the teams wit and resolve to the full.

The Lanarksire men mounted a swift counter attack that sent McKay clear, this brought Logan out of his area in response before taking the Colville Park AFC player out of play. The inevitable red card was no surprise leaving Garry Tierney taking over in goal.

It should be noted the free-kick that followed was wasted but they but another incident followed that  had far reaching consequences later in the game. The referee again showed Red for possible verbal abuse, this time it was a Colville Park AFC player warming up behind the Wellhouse AFC goal and it left his manager Gerry Hamilton without a substitute to replace the injured McKay late into extra-time..

As for extra time, the heat and tension had took its toll on both sides but Wellhouse AFC with a mixture of luck and desperate defending defied the odds. McDevitt had now taken over the heroic role for his side and like his counter part Alex Clearie fought and cajoled his team mates till the end and while Colville Park AFC opened up their opponents defence on several occasions but lack of composure led to penalty kicks to decided the outcome.

Both teams converted their first three kicks in style giving their respective goal keepers no chance before Colville Park AFC then Wellhouse AFC ballooned their fourth attempts high over the bar so as nerves began to bite the Lanarkshire men again failed to find the spot with the ball wide of target, when it was recovered the Wellhouse AFC men made no mistake with a perfect penalty to win the Cup for the first time in their history.